Rabat and What I Want to be in My Next Life

I now can relate about traveling alone now that I have experienced exploring and being alone all day without Tom. It is quite a different experience and it has taken me some time to find my own rhythm of “doing it solo.” I did miss him but am now enjoying the time of quiet reflection, going for long walks, exploring off the tourist beat, reading and photography. I am not a golf and lying on the beach type person. I have a restless soul and a curiosity that I can’t switch off. I need to move, to see, to hear and learn something constantly.

I told Tom, “My passion is to be; not where I am” so I keep moving. Tom says I am like a dog, always sniffing air for something else to see or do. And my ‘to do’ list just keeps on growing.

New on my ‘to do’ list is to learn French and to speak it spontaneously. You need to understand my brain is not hard wired for languages, I am a klutz when it comes to speaking foreign languages, as my brain does not appear to recognize there are several foreign languages. When speaking I mix Spanish, French, English and a smattering of Arabic. My sentences come out garbled and muddled. I start in French change mid sentence to Spanish and end in English, with the odd Arabic word thrown in just to make sure anything I have said makes no sense.

A frustrated Moroccan vendor finally asked me, “Do you speak Berber?” I guess he had no idea what I was saying.

In my next life I am going to be a polyglot. 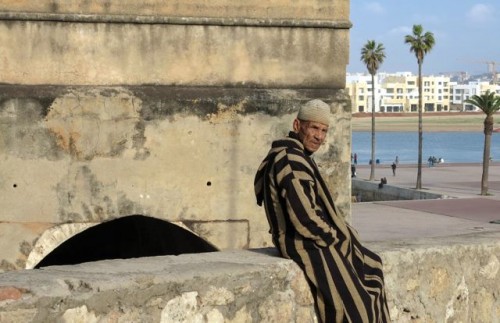 We were in Rabat the capital of Morocco what a lovely city with wide boulevards, fancy shops juxtaposed with the ancient medina with crumbling walls and narrow alleyways. With high priced luxury label brand name products being sold in the Ville Nouvelle and the china knocks off in the medina. Probably made by the same company no need to build two factories. 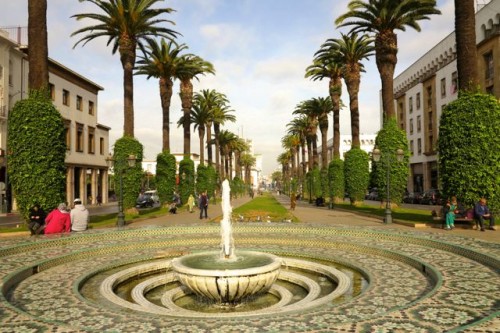 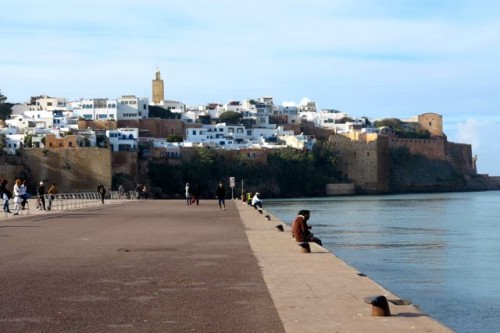 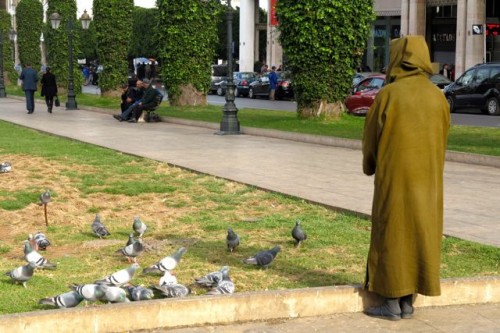 In Rabat after a day of exploring it was time for me to head back to the hotel. I knew I had to flag down a blue taxi, I knew that there could other passengers and I knew I would have to give the taxi driver my destination. Seems simple enough. My language skills as you now know are pathetic, so I wrote the hotel name and address on a piece of paper that I planned to give to the driver.

I stood on the curb, waved my arms and finally a taxi stopped. There was a woman in the front. Not sure where the woman passenger was heading I was hesitant to get into the taxi. The elderly taxi driver waved his arms frantically, talking to me in ‘gibberish,’ I took it mean, “Get in.”

I told the driver where I wanted to go and handed him my piece of paper. He looked confused and handed it to the woman passenger who slowly attempted to read my writing. Then the taxi stopped and she got out. I had no idea where he was taking me.

I texted Tom, “In cab, have no idea knows where I’m headed.”

It was getting dark and not only did I have to trust that I was indeed heading to the hotel but the taxi seat sloped towards the passenger door. I kept on sliding and hitting the door especially when he went round corners. I wondered if perhaps the tire was flat, but there was no rumble. Now Moroccan drivers have a strange habit, they need to have two wheels in each lane. So lane changing becomes a scary ordeal for the passenger. We weaved through the rush hour traffic, I did not recognize any landmark, we had been driving 30 minutes and neither the driver or I said a word.

Suddenly we were at the hotel. I paid the driver the amount I thought he said and with a sigh of relief got the out the cab. I had not been in my room for long when the front desk called to say the taxi driver was with security and he wanted to see me. I approached the taxi driver surrounded by several security men. They all spoke at once, in French, Arabic and perhaps Berber but not one word of English. I had no idea what the problem was. They became more animated waving arms, holding their hands to their face. What the hell the problem, I wondered. Finally they escorted me to the taxi and there on the front seat was my camera. They wanted to know if it was mine. MINE OMG there could be no doubt in their minds that was my camera. I was so thankful and grateful to taxi driver who having seen my camera returned to the hotel to give it to me. I did not get his name but to Mr. Rabat Taxi Driver a huge “Merci.” 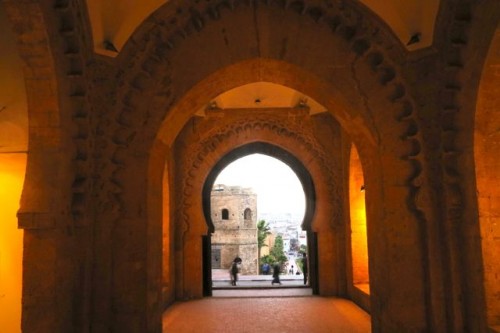 View Looking Out of Main Gate to Kasbah Des Oudaias 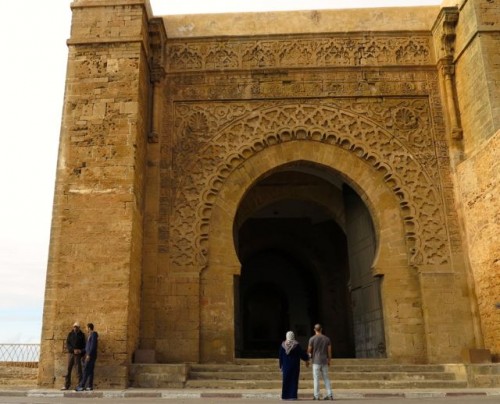 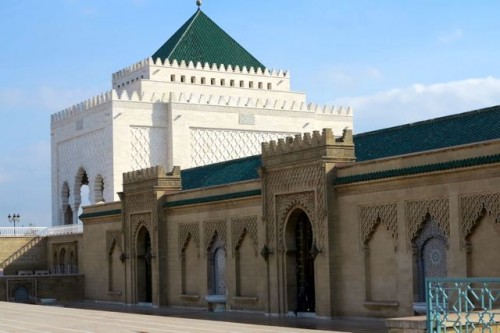 Mausoleum of Mohammed V behind Mosque 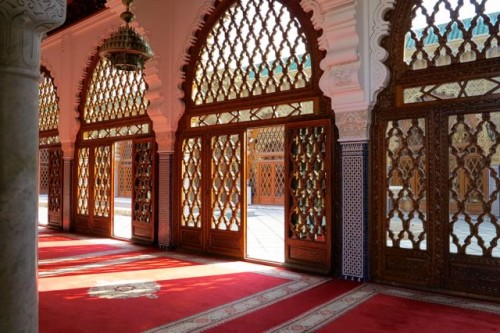 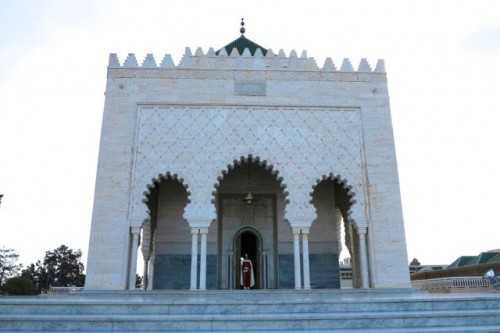 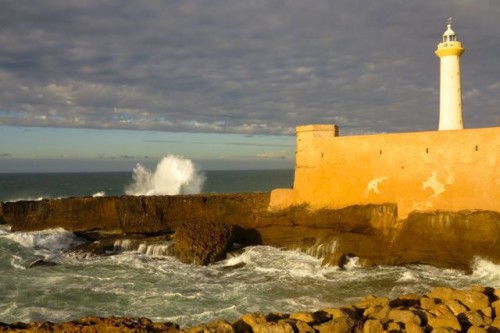