The South Africa was being blown away. The wind howled constantly, trees bend and we ate dust as the southeasterly winds battered Cape Town.

Back in Cape Town after spending a few days at Addo National Park in South Africa, doing what we love best; being in nature and among the wild life of Africa.  Addo Park is famous for the elephant population of over 550. We had hired a Land Cruiser with a tent but when we got to Cape Town we discovered a mix up and the Cruiser was in Johannesburg.

“Lets book ourselves into a real lodge like normal travelers.” Tom said and we did. We flew to Port Elizabeth picked up a rented car and headed for Kuzuko Lodge located at Addo National Park.

We arrived at Kuzuko just in time for the “night drive.” There was some consolation night drive was in a Land Cruiser over tracks, rutted, across dry sandy riverbeds and rocky narrow paths. We were back off roading and I felt like I was in a tumble dryer as we bounced and rocked down the track. We scanned the dense, night filled bush for signs of life. Addo did not disappoint and experienced the thrill of seeing elephants and wild life. 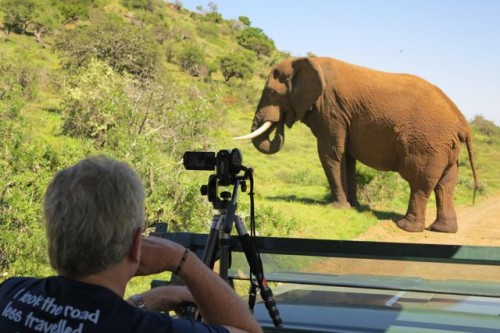 Words cannot do justice to the thrill of seeing wildlife in nature. From the largest animal the elephants who rule the park to the tiny flightless dung beetle whose role is to clean up the elephant’s poop and does so by rolling it into balls. The dung beetle rolls the balls into a hole and lays its larva into the balls as well as partly eats the ball. 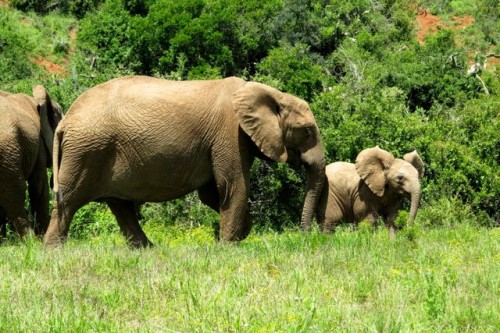 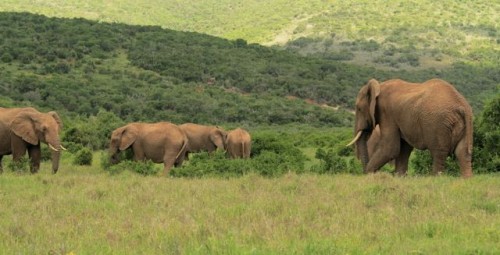 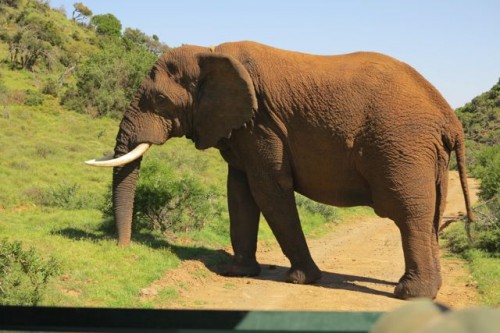 As the elephants like to walk on the road a lot of elephant poop is on the roads. The tiny dung beetle has right of way and motorists are to yield to the beetle. There are also rules against driving over the piles of poop as the beetles could be underneath. 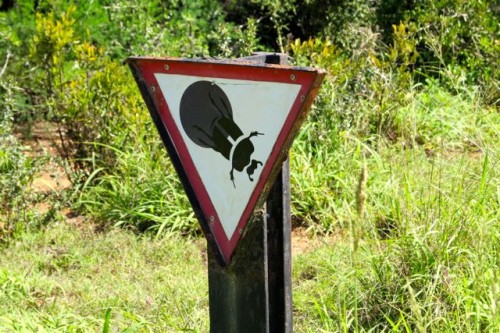 Yield to Dung Beetle on Road they have right of way 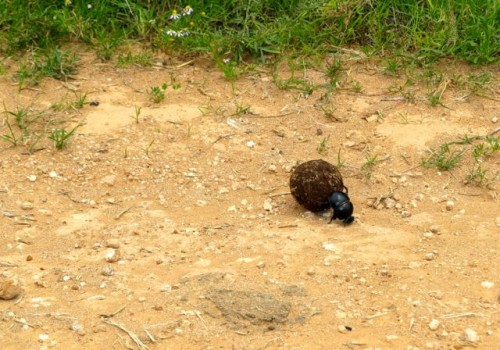 We were lucky and witnessed a cheetah kill shortly after it happened. Cheetahs usually do a kill every third day. On this occasion they had brought down a kudu a large buck. 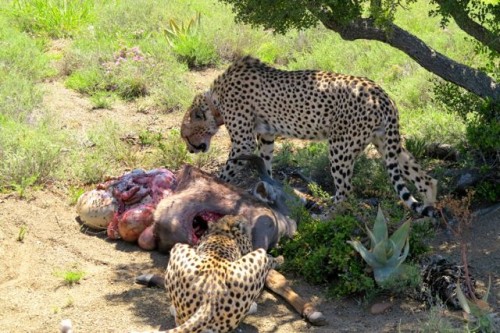 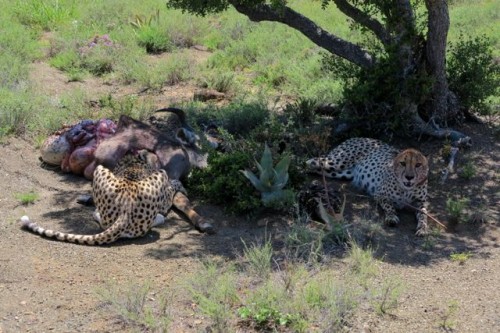 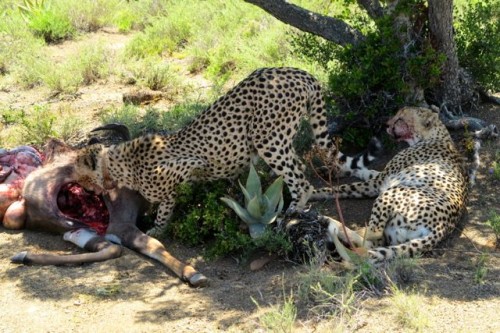 We spent time watching the lions laze under the trees in the midday sun. In the distance zebra, various antelope and buffalo were grazing the grass.  A lone tortoise crossed the road and birds of all chattered in the bushes 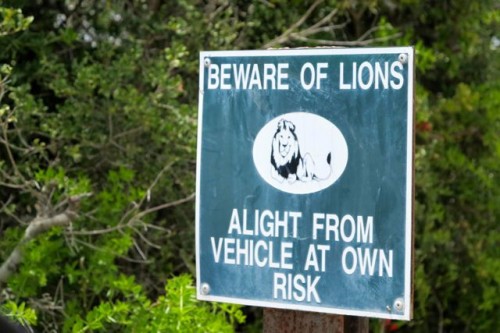 Quick look around before getting out of car 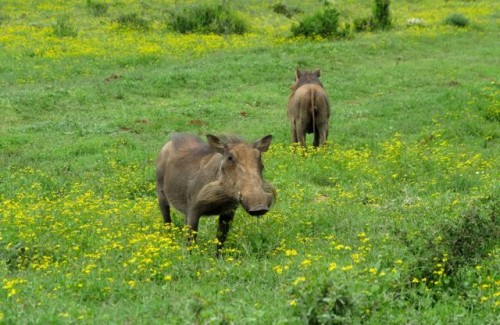 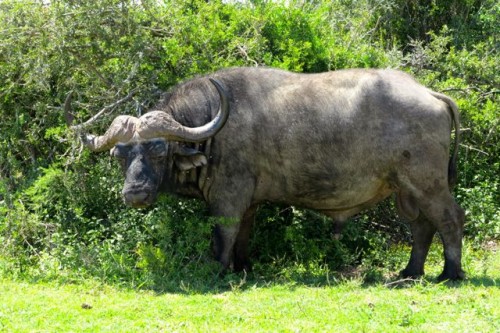 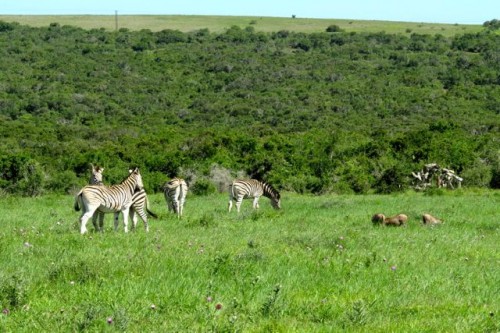 We returned to Cape Town and from here I will fly to Italy to see family and Tom will fly to Morocco. For those of you who don’t know Tom is currently working in Morocco so I will join him there for a few weeks after Italy. Our stay in South Africa has been refreshing and a reminder how much we love to travel and experience everything this continent has to offer. 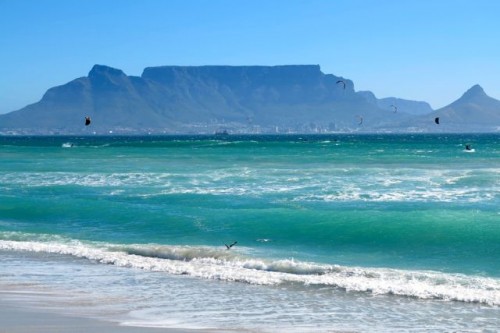 Blog
Addo National Park, Cape Town, South Africa
Africa We Are Back
Why I Drive Rather Than Fly Around the World