Africa We Are Back

Africa never disappoints.  Cape Town (CT) nestled in the shadow of Table Mountain surrounded by sandy beaches and crashing waves is a bustling city alive waiting to be explored.  Within hours of arriving in CT I remembered what I love and hate about this continent.

South Africans rush around the city predominately in white vehicles with poorly functioning brakes, accelerators with unlimited power and an idiot behind the steering wheel. It is no wonder they have one of the highest accident rates in the world.

“Where’s the rules, there are no rules and I was here first I am parking here,” said Tom as he slammed the car into reverse and backed into the parking spot.

The parking attendant shrugs his shoulders, turned away and said, “Life is too confusing.”

South Africa adopted a silly British tradition of driving on the left side of the road, unlike most of the civilized world who drive on the right side of the road. It takes a few hours for Tom to stop putting the damm window wipers on instead of the indicator. They have that lever on the wrong side as well. Turning corners is the most dangerous as the instinct is to move into the lane with oncoming traffic.  As a passenger it can be quite scary.

Tom’s African spirit prevailed as he sped up the winding road.

“You are driving much too close to the curb,” I said and which I repeated a number of times. Tom ignored me.

“You are going to smash into a parked car on this side.” I said as I saw my life flash before me as we missed parked cars, cyclists, pedestrians, a few horse drawn wagons and the sidewalk by inches.   Tom reassured me he knew what he was doing.

“You are much too close…..” I didn’t get to finish my sentences. The car reared up and over the curb and the sounds of an exploding tire and the crunch of metal rim on tar filled the car.

“I told you so. You were too damm close to the curb.” 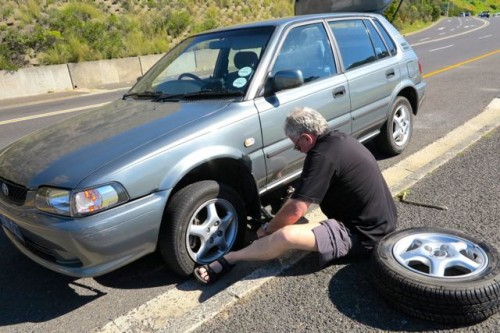 South Africa has some of the most beautiful beaches in the world. We walked barefoot on the hot burning sand our feet then cooled by the cold Atlantic waves crashing onto the shore. Surfers rode huge waves in the distance, children made sand castles, dogs chased their balls and the young played football on the beach. The sun burnt into our Canadian pale skin. We were hot again and the sweat rolled down my face. I loved the feeling of being so alive. 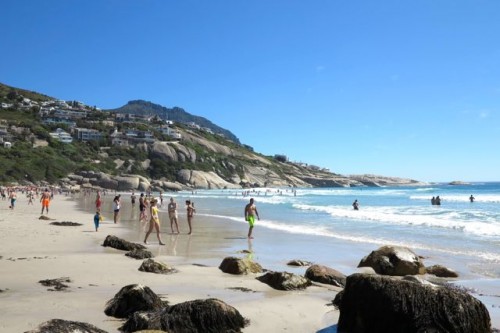 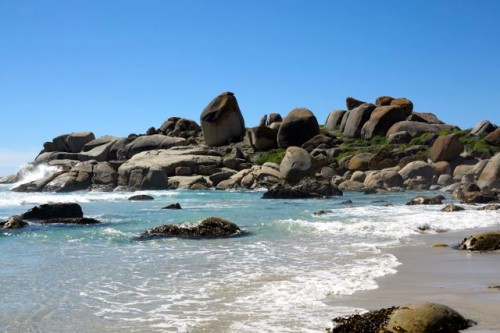 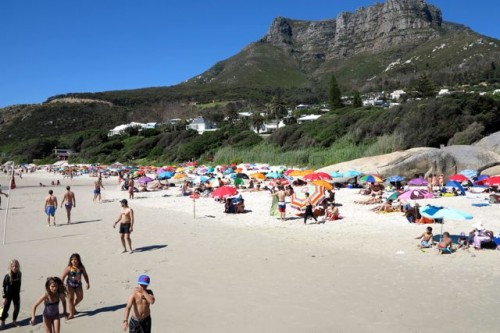 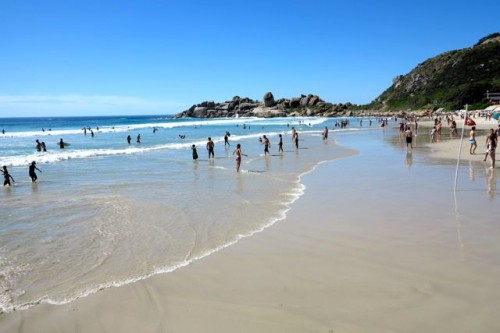 We headed up the cable car to the top of Table Mountain to watch the sunset. 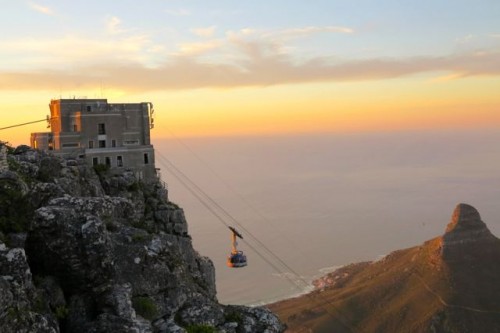 The sky goes up forever and with the sunset heaven comes down to the horizon a splash of colours amongst the clouds above. 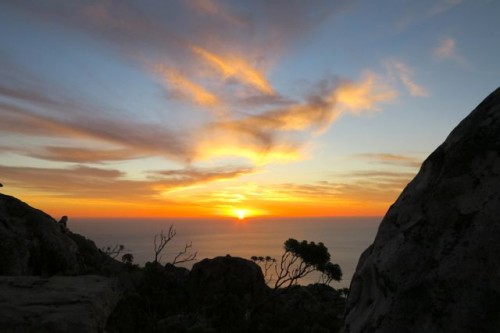 In the distance off the shores of Cape Town lies Robben Island the most infamous island in the world and the home to Nelson Mandela for 27 years. Now on top of the mountain, people of all nations and colours celebrate a sunset together, an impossibility during the years of apartheid. 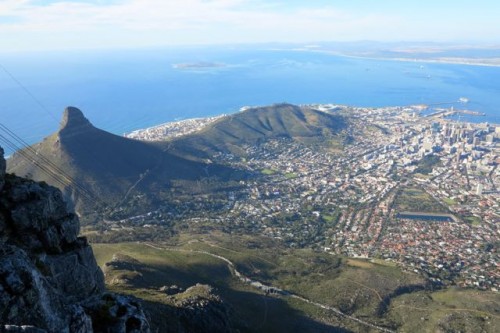 Robben Island Off the Shores of Cape Town